(Summary description)The annual China International Agricultural Machinery Exhibition (abbreviated as "China International Agricultural Machinery Exhibition") ends on October 31 in Wuhan, Hubei. The continuous heavy rain during the exhibition did not block the enthusiasm of the visitors. According to preliminary statistics, this exhibition attracted a total of about 120,000 visitors, with an exhibition area of ​​more than 200,000 square meters and more than 1,600 exhibitors.

(Summary description)The annual China International Agricultural Machinery Exhibition (abbreviated as "China International Agricultural Machinery Exhibition") ends on October 31 in Wuhan, Hubei. The continuous heavy rain during the exhibition did not block the enthusiasm of the visitors. According to preliminary statistics, this exhibition attracted a total of about 120,000 visitors, with an exhibition area of ​​more than 200,000 square meters and more than 1,600 exhibitors.

The annual China International Agricultural Machinery Exhibition (abbreviated as "China International Agricultural Machinery Exhibition") ends on October 31 in Wuhan, Hubei. The continuous heavy rain during the exhibition did not block the enthusiasm of the visitors. According to preliminary statistics, this exhibition attracted a total of about 120,000 visitors, with an exhibition area of ​​more than 200,000 square meters and more than 1,600 exhibitors.

A wide array of new products

As an important position for information dissemination, many companies have begun to attach importance to launching new products or new brands during the exhibition. The reporter saw at the booth of Shandong Wuzheng Group that the group took part in a strong lineup with its fully upgraded models of automobiles, agricultural equipment, agricultural vehicles, electric vehicles and other innovative products, and displayed the technology and quality of the products in all directions. Among them, the red steel "Legion" led by Renault 2304 and O'Leary Tractor was particularly eye-catching.

According to the relevant person in charge of Wuzheng Group, Reynolds has entered the Chinese high-horsepower tractor market in batches because of the birth of Reynolds, which forced the import of similar models to reduce prices by 30%; TS1204 tractors are the products of Wuzheng Shantou, ranging from 100 to 120 The horsepower segment has become the main product in China, with sales doubling year by year.

Foton Lovol Heavy Industries has launched a series of product portfolios and overall solutions for the comprehensive mechanization of agricultural production. The most eye-catching area of ​​the exhibition area is the Lovo Valley God combine harvester, tractor and low-temperature circulating grain dryer with the largest domestic feed of 12 kg. The sand table of the Revo Demonstration Farm on the scene concentrated the equipment for the whole process of "cultivation, planting, management, harvesting, storage, transportation" into the miniature landscape of the demonstration farm.

In the case of a decline in the market for most products in the agricultural machinery industry this year, Lovol Agricultural Equipment has focused on improving its capabilities from technological innovation and lean manufacturing to achieve internal growth and achieve competitive growth. “From January to September this year, Lovol’s agricultural equipment business achieved sales revenue of 10.13 billion yuan.” Wang Yurong, the company’s deputy general manager and general manager of the Agricultural Equipment Business Division, predicted that Lovol’s agricultural equipment could achieve a year-on-year growth of 6.1% throughout the year.

In the agricultural machinery power exhibition area, Changchai Co., Ltd. exhibited an electronically controlled single-cylinder diesel engine, which attracted the attention of reporters. The company's general manager He Jianguang introduced in an interview with China Industry News that Changchai's electronically controlled single-cylinder diesel engine has the characteristics of low emissions, good fuel economy and good starting performance. Its emission indicators fully meet the national III emission requirements and can be used as agricultural Supporting power for various vehicles such as transport vehicles and tractors.

Shandong Shifeng Group has a strong line-up of exhibitors, bringing together nearly a thousand people in marketing, research and development, and supply and distribution. The exhibition has a strong momentum, with an exhibition area of ​​2697 square meters and a high-level booth design. Exhibits are abundant, and many new products such as agricultural vehicles, tractors, corn harvesters, electric vehicles, low-speed trucks, light trucks, engines, etc. have all appeared. During the exhibition, Shifeng Group also held new product launches, distributors’ networking activities, and WeChat scan follow-up sweepstakes.

What attracted the reporter's attention was the debut of the "Dongfanghong" power-shift series tractors for the first time. Zhu Weijiang, deputy general manager of Yituo Company, told reporters that the technology of Dongfanghong series of high-end tractors is synchronized with the mainstream technology in the world. The mass production of this product and more coverage of the horsepower segment are the most influential tractor experts in China. "A breakthrough in high-end products.

Zhonglian Heavy Machinery, which chooses to release a new brand during the exhibition, unveiled many new products such as its wheat harvester, sugarcane harvester, and riding high-speed rice transplanter. Wang Jinfu, general manager of Zoomlion Heavy Machinery, told reporters that the company has established a strong global innovation and R&D platform and is advancing toward high-end agricultural equipment worldwide. "The creation, growth, and growth of a world-class brand can only rely on visionary strategic thinking, a scientific management system, a creative team, and competitive products and services."

The degree of internationalization exceeds previous

According to the organizer, the internationalization of this year's exhibition has greatly exceeded that of previous sessions. Not only dozens of exhibitors from more than a dozen countries such as the United States, Canada, Germany, France, Italy, and India, but also envoys and agricultural officials from many countries in China attended. At the same time, the Asia-Pacific Regional Agricultural Machinery Association Round Table Conference and the Sino-foreign Agricultural Machinery Trade Fair were also held at the same time as the exhibition.

The reporter visited and found that foreign brands, including AGCO, Case New Holland, Keluosheng, Kubota, etc., generally attach great importance to booth design and communicate corporate ideas and vision goals through the booth. At the AGCO booth, the design style of the open farm attracted a large number of visitors to stop. In addition to more than 20 main products of its four major brands, including Messi Ferguson, Valmet, Dafeng Wang and Gu Rui, the group also brought precision agriculture solutions, and the exhibition lineup was unprecedented.

Case New Holland is another world-class giant of this year's exhibitors. The new Axial Drum 4000 series combine harvester released by the company during the exhibition is specially designed according to the needs of Chinese users. "We conducted a large-scale, different crop harvesting experiment on the 4000 series combine harvester, and the equipment performance and harvesting results were unanimously praised by users." Baiqini, president of China New Holland Group in China, told reporters. This series of axial-flow drum combine harvesters are produced at the company's manufacturing base in Harbin, Heilongjiang.

The booth of Kelesun is also impressive. In addition to a number of products such as corn harvesters appearing at the exhibition, the company is ingenious in the design of the booth. There is a character model next to each agricultural machine, from the chairman to the ordinary workers, covering all levels of the company's personnel. "The development of the company is inseparable from every employee. This design not only embodies the corporate philosophy of respecting employees, but also obtains a good publicity effect." Relevant person in charge of Ke Le Shou Company said in an interview with reporters.

The appearance of many agricultural machinery tools became another highlight of this exhibition.

Scan the QR code to read on your phone 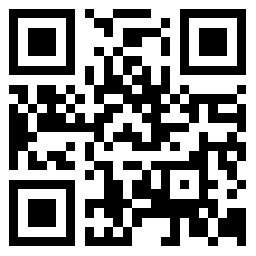